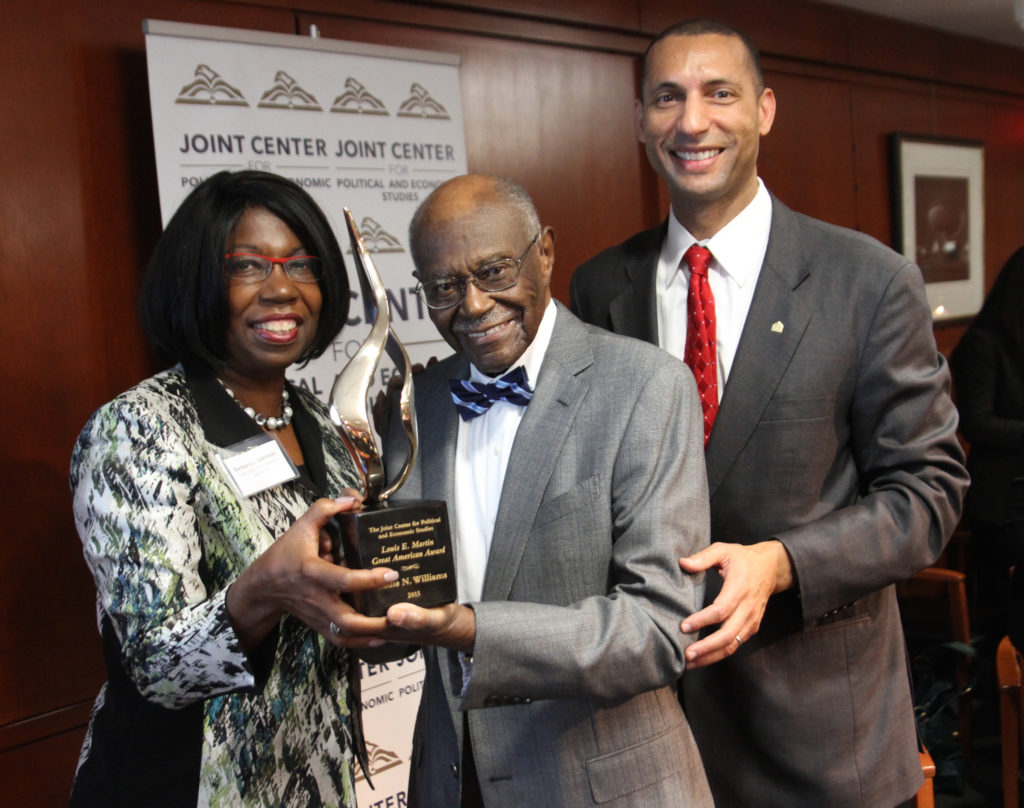 Eddie Williams served as President of the Joint Center for Political and Economic Studies from 1972-2004.

In 1972, while working as Vice President of Public Affairs at the University of Chicago, Mr. Williams was recruited to lead the Joint Center.  The organization had been founded just two years earlier to support the hundreds of new black elected officials who came into office in the aftermath of the Voting Rights Act of 1965.

Click here for a 10-minute video describing the Joint Center built by Mr. Williams and featuring interviews with him.

Eddie Williams built an institution that helped a generation of black leaders move from activism into governance, and that informed and inspired a generation of scholars committed to using ideas to change real lives.